CMLT C252-14754 ~ Topic: Literary and Television Genres
(Note that this course is in Comparative Literature, not CMCL)

Course Description:
In this course, we will compare how television programs and texts tell stories in selected genres of expression like soap operas, biographies, memoirs and scripted “reality” adventures. We will discuss the ideological and theoretical scopes of these popular genres, and spend time evaluating how one media represents the other. In other words, we will discuss how media and texts intersect and overlap. Among the issues we will consider are: how do television shows depict people reading? How do these genres discuss literature? How do novels, short stories and/or plays discuss the influence of television in people’s lives? What roles do actors have in literary depictions of television shows? What are the limits of made-for-television adaptations of literature? How do advertisements influence the way we think of the shows we watch? How did literature depict the same genres before the advent of television? How do both television and literature blur the boundaries between fiction and reality? To consider these questions, we will study several short stories, TV programs, a memoir, alternative video and several more forms of representation.
Posted by Tara Kaufman at 1:09 PM 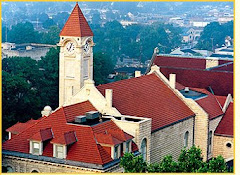